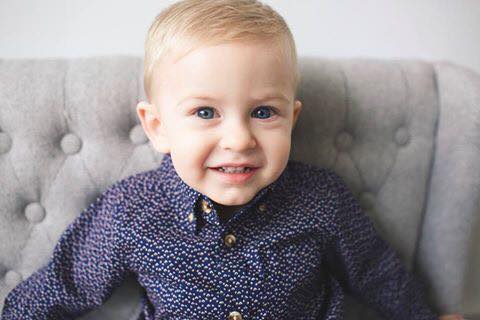 My husband and I recently lost our 2 year old son on August 15th 2016. This is the story I shared publicly on my Facebook page to let our friends and family understand what we went through, as well as to inform others so they know what to look for if something like this were to happen to them. If you have Facebook, please find my page, Kayla Dunham, and find this post and share it. I want this post to reach millions so they can understand our situation. I don’t want anyone to have to go through what we did.

I’m not really sure what I am supposed to say or how I am supposed to say it, but Brent and I along with our family and friends have endured the strongest heartache no one ever wants to go through. We are in udder shock our bodies are numb and there are no words to describe the pain we are in. Our sweet, handsome, smart, outgoing, little boy was taken from us too soon for reasons we will never understand. He is pain free and in the most beautiful place on Earth.

I wanted to give an update for those who love Grayson dearly, have been a part of our lives, who have never met Grayson, and those who have watched him grow up on Facebook.

I want to thank everyone who has sent me texts and Facebook messages. I have read them and they are bringing me a little comfort seeing all of the comments and posts you all have shared. I didn’t know when the right time to post was, but I feel many of you are just as confused as we are.

Last Wednesday Grayson had began vomiting and having diarrhea in the morning and Thursday ended up the same. We thought he had caught a little bug and kept him comfortable. Friday afternoon he began getting worse with what we thought was abdominal pain and I took him to the pediatrician. They said it was the stomach flu. By Friday evening he was getting worse. Thursday evening he was able to sleep, but by bedtime on Friday he didn’t sleep but maybe an hour or so. He was up with pain which we thought was pain with him needing to pass the diarrhea. Friday evening he had some blood in his stool, but we weren’t at the time positive that is what it was. Saturday morning we took him back to the pediatrician and the doctor said with the vomiting and diarrhea, blood in the stool, and abdominal pain, along with the doctor saying he was dehydrated he wanted to admit us to the hospital. We immediately went over to IU Health Riley North where they gave him fluids and we tried to help keep him as comfortable as possible. At Riley North they did chest and stomach xrays and ultrasounds to try to figure out what was causing his pain and constant diarrhea.
By Saturday night Grayson was in such pain he was passing diarrhea every 10 minutes through the night. We were able to get him to sleep a little here and there, but he was hurting. The doctors were having a hard time determining a diagnosis. We were first told that it could be intussusception which is where the intestines can kind of fold over themselves. They said that could be possibly happening when he was having the pains then it would unfold he would be fine for awhile then it happen again during the next episode. They were also trying to see if maybe the intestines were getting stuck. However it was hard for them to say this was it because they could not determine it unless they did an ultrasound while the pain was happening. Then they came to us and said they thought it was a condition called HPS, which is inflammation of the blood vessels which can go hand and hand with the intussusception.
They decided to then just go ahead and transfer us to Riley downtown so that if need needed a pediatric surgical team we would have all the resources and services they offered. Before we left they did another ultrasound and they said his appendix was enlarged, so that could be the case.

He was transported down to Riley and he was still in major pain. They did another ultrasound and they said it was not the intussusception and his appendix were not enlarged, but instead his colon was inflamed and colonitis was our next diagnosis. They then wanted to put us up in ICU so if we needed any extreme care we would be in the right place then they could always move us around if need be. Grayson’s stomach this whole time had been soft until we were about to head up to ICU and it was getting harder which was concerning to us at this point he was very irritable and not wanting us to move him in any way because of the pain. The doctors came in again and said that they are positive that the next diagnosis was the correct one, which was HUS, Hemolytic Uremic Syndrome. The pain was so severe they had given him many doses of pain medication and it wasn’t taking his pain away. They told us that his kidney numbers had fluctuated and that they were going to have to put in a central line and put him under sedation to get what they needed to put in so that they could temporarily place him on dialysis to let his kidneys take a rest and let his body rest. This was not going to happen until today. They decided to put in a ng tube and once that was in tons of fluid came out. His stomach was swollen and hard and this relived his pain. He was actually able to talk some more and was watching you tube and not complaining and screaming of pain. I personally thought at that time we had finally figured out the pain situation and we were good until he needed the surgery and dialysis.

I’m not sure of the exact time, but the doctors came in and told us they wanted to go ahead and put in a breathing tube so that he could relax and rest before he would have to go through surgery and dialysis. During his stay at Riley North and Riley Downtown his heart rate was extremely high and his blood pressure was extremely high. They did give him blood pressure meds a few times to help get it lowered. They said at first that could be his anxiety and worrying and not wanting to be hooked up to machines and his IV, blood pressure cuff etc. But once we got the diagnosis of the HUS high blood pressure was a symptom. They put the breathing tube in and got him to relax and his numbers were looking better. His blood pressure finally went down his oxygen levels were perfect, but his heart rate was still high.
After a few hours with the breathing tube we were told that his I believe hemoglobin dropped from normal to nearly 0. They were not able to get his heart pumping on its own to be able to get him on the echo heart machine. The 20 some doctors and nurses in the ICU did CPR for almost an hour and forty five minutes. They did every single thing they possibly could to try to get our baby boy back to where he needed to be. They are still unsure how his numbers went from being normal to nearly zero within a few hours. They told us his chances of survival were very low even if they got him onto the machine. As parents this is the hardest thing we have ever had to do.

My heart is in shock I’m numb, and I don’t have words for what even happened. This wasn’t supposed to happen. They thought he had good chances of getting through this his bacterial infection which caused this was just too severe. My heart and body are empty right now. Brent and I are grieving in different ways and we will never get over this and never know why God did this to us. We have no clue and we will never know and I pray God lets me know someday.

I am sharing my story with you all in hopes that as parents you stand up for your children and advocate for them. Never ever give up on them. We asked more questions than the doctors were probably prepared for. The doctors at Riley hospital are the best in the nation and we worked with the heads of many departments and they were all so great to us and Grayson.

Once we have more details on things I will be sure to let everyone know. Please never forget him and please talk about him and share your memories and keep him in your hearts. I’m not sure where we go from this point and how I will move on with my life. After we left the hospital this morning I went to be checked out at Methodist just to make sure the baby was okay from the stress and anxiety that I have been through the past few days. It’s heartrate was good and he or she was moving fine.

Thank you all for the prayers and I am reading them all and seeing everything just not responding at this time. 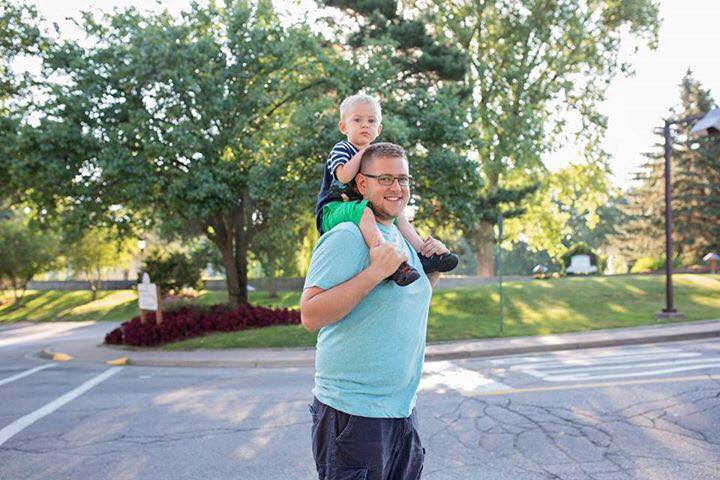 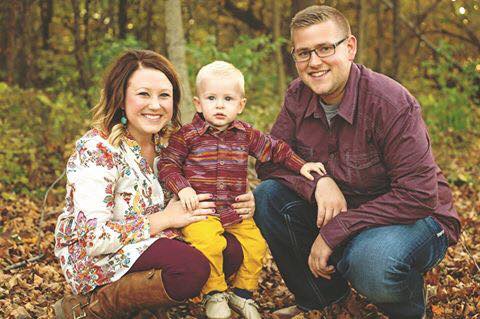